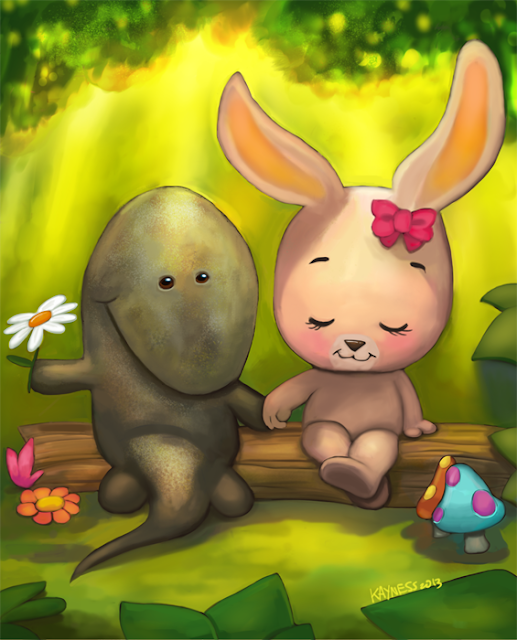 Tiktaalik is an extinct species of lobe-finned fish discovered by Neil Shubin, a Harvard paleontologist (and a few of his other colleagues).  Tiktaalik is the first species of fish found that displayed tetrapod traits, and it is significant because it's considered one of the most famous examples of transitional species (although technically speaking EVERY species on earth *is* a transitional species).

I heard one lady on youtube describe it as 'beautiful'...well, I don't think of it as such but it's certainly kind of cute in a dopey way.  So I thought I'll draw one with a bunny.

Well another reason I drew this is because I wanted to try out ArtStudio for iPad.  It was so slow and unresponsive and difficult to use that I ended up finishing this pic in Procreate.  I'm unimpressed and was left wishing that I never bought it. So, thumbs down from me.