Inktober is this thing that my artist friends and I are doing right now.  The goal is to produce 31 ink drawings in 31 days of October, just for our own practice and improvement, and I'm far, far behind.  Here are the drawings I've done so far.  In numerical but not necessarily chronological order (though it will be next time): 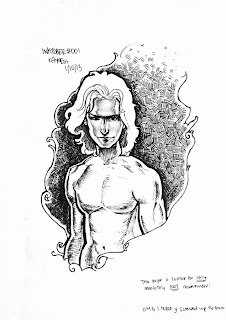 I recently inherited an old set of dip pen & drawing ink from my dad. This is my first drawing using that, and my first drawing using a dip pen…well..ever since I was a kid, so I guess it counts as a first time! Never have I used a pen that could produce such fine, elegant lines. It kind of makes me wonder how I ever got by with those fineliners and brush pens…(don’t get me wrong, I still like brush pens for caricaturing n stuff).. 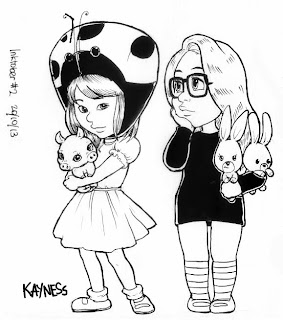 #3
used the dip pen again! I love the dip pen! Makes me want to go out and by mooorrrrre! Like G-pen, school pen, maru pen.. I don't know! I want to buy everything!

yes, yes I know the text is 'cheating' because it's not ink, but my calligraphy skill is ...nonexistent, so I hope you'll forgive me :| 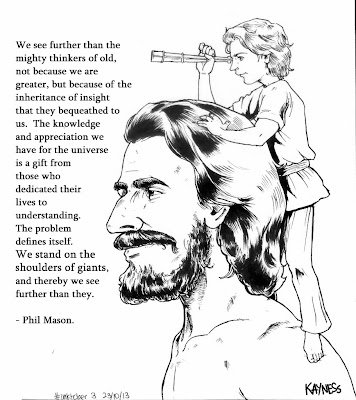 #4
Drew this at the Creative Singapore! meetup group.

not purely ink though, the shading is watersoluble graphite. (Derwent Graphitone 8B)

coy-looking SFAC.  I think it's because she isn't wearing her hood over her head, and she's not really used to it. so.  I think she's already cute as she is, but I'm sure our good friend Mix thinks she's the absolute most adorable creature to ever walk on this planet. Well, each to their own! 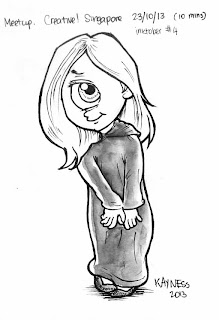 #5
Drew this at the Creative Singapore! meetup group.

This is Wimpy Troll.  This is not his real name, just what we call him.  He's really not wimpy as we understand it, either.  He's just a very sensitive young troll, a dreamer.  He loves to read, write short stories and poetry, and it's his aspiration to one day become a poet laureate.  One of his heroes is Rabindranath Tagore.  However, he happens to be born to a race whose culture do not value humanities (especially art and literature) nor do anything just for the purpose of edification.  These pursuits are not seen as 'useful' by the other trolls as they don't see an immediate practical value of it, so Wimpy Troll was constantly mocked, harassed and bullied for simply being himself. 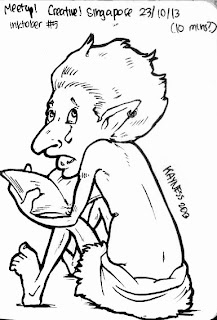 #6
Drew this at the Creative Singapore! meetup group.

The brief is 'Asian mythology'. 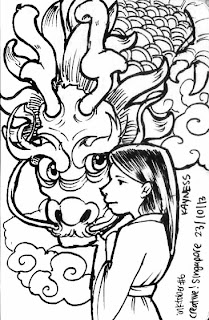 #7
Drew this at the Creative Singapore! meetup group.

ASHWIN!!!! Everyone's favourite starfish!  I think I got his suit wrong ...oops. 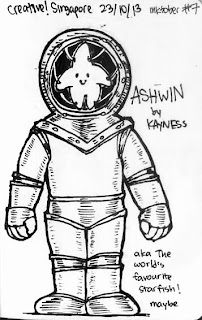 #8
This was supposed to be Inktober #2, but I kind of forgot about it. oops. goldfish memory. 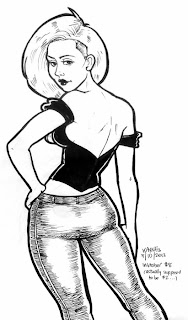